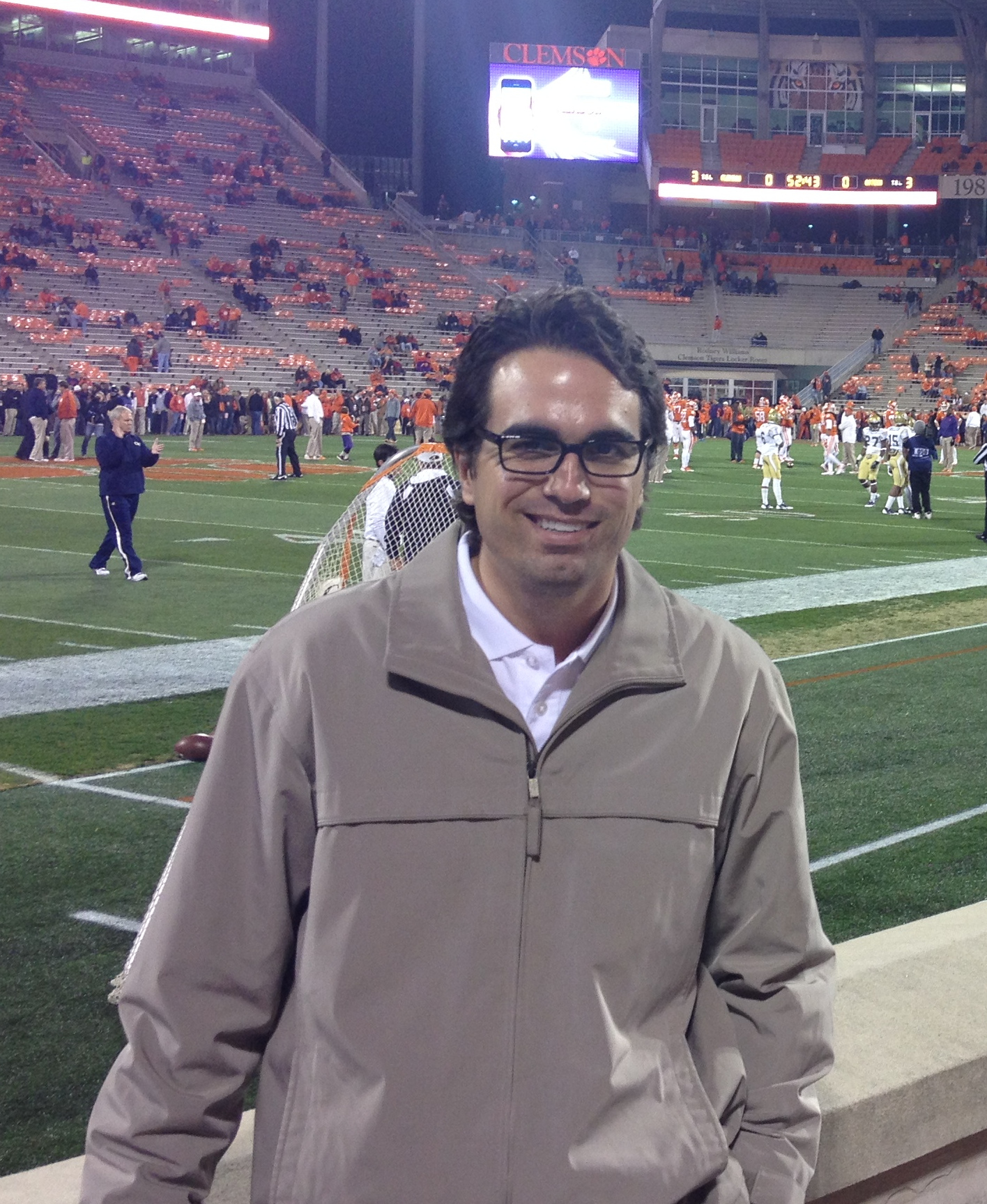 Me at the Clemson-Georgia Tech game in 2013.

I do have interests outside of the academy, but not many.

I am a proud graduate of The Ohio State University. I do not conceal that well, nor do I try. This is especially true during football season.

I don’t have much time beyond obsessing about the Buckeyes to follow other sports. That said, I’m convinced the Cleveland Browns will be the first team in the NFL to go 19-0 and, likewise, the Cleveland Indians will be the first team in Major League Baseball history to finish the season 173-0. I believe these are reasonable, modest predictions for the Browns and Indians that I make every season. Now, I’ve been wrong about these projections before—repeatedly, in all honesty. However, I’ve got a really good feeling about next year…